A negligence lawsuit over constant flooding in a Delta Township subdivision is moving forward against the Eaton County Drain Commissioner, despite the county’s argument that it is not responsible for the flooding problem.

In Nakfoor v Our Savior Lutheran Church, et al., the Michigan Court of Appeals recently ruled in favor of the plaintiffs, Deb and Larry Nakfoor. The Court of Appeals rejected the Drain Commissioner’s argument that the Nakfoors’ claims should be dismissed and, instead,...

Claiming self defense when carrying a concealed weapon

MCL 750.227 makes it a felony for a person to carry a concealed weapon (CCW). The statute specifically identifies several types of weapons: pistol, dagger, dirk, stiletto, double-edged nonfolding stabbing instrument of any length, or any other dangerous weapon. Until recently, self defense was not understood to be an available defense to CCW. People v Hernandez-Garcia, 477 Mich 1039 (2007). The jury instruction based on this and other case law made clear that it does not matter whether a person was...

Not enough evidence and our system of justice.

By now you have heard that Jerry D. Jones, the district attorney for the 4th District Court for Louisiana has decided not to prosecute two Alabama football players who were in a car with marijuana and a gun.  The prosecutor indicated, on a court filing, that he would be dismissing the charges because there was "insufficient evidence."  So what does that mean? If you take that comment at face value, that means the prosecutor did not think he could prove his case beyond a reasonable...

Confessions to Crimes That Never Happened: The Corpus Delicti Rule

Victoria Banks pleaded guilty to manslaughter after she confessed to killing her newborn baby. She, along with two others who also confessed to participating in the crime, were sentenced to 15 years in prison. The problem? Years before her confession, Victoria underwent sterilization and doctors say that it would have been impossible for Victoria to have been pregnant, let alone given birth.

The Corpus Delicti Rule is meant to guard against such convictions, ensuring that people are charged and...

Those whose license is revoked may request a hearing with the secretary of state (SOS) and request that their license be reinstated. Reinstatement of a license under these circumstances is highly discretionary. While a denial may be appealed to the circuit court, the court will only overturn SOS’s decision only for the most grievous mistake of fact or law or blatant abuse of discretion. As a result, a denial by SOS is almost never overturned by the circuit court.

Earlier this month, however, the...

Under a three-bill package currently making its way through the state Legislature, Michigan could soon have a state-regulated medical marijuana industry.

The legislation, House Bills 4209, 4210 and 4827, would license medical marijuana dispensaries in communities that want them. The bills would also permit non-smokable forms of marijuana and create a seed-to-sale tracking system for cannabis plants.

In addition, the proposals would impose an 8 percent tax...

Michigan Law requires that prior to the administration of a Datamaster test officers must monitor the person submitting to the test for the 15 minutes prior to the datamaster administration.  A datamaster is a test that is often times administered at the jail after an individual has been arrested for Operating Under the Influence of Liquor.  While Datamaster results are admissible in any civil or criminal case, the admissibility is not absolute.  Datamaster results are...

Court of Appeals: Doctor Testimony Not Required for Section 8 Defense

Unregistered patients do not need to have a doctor testify at a hearing to determine whether that person is permitted to present an affirmative defense under Michigan’s Medical Marihuana Act (MMA) to a jury.  In an unpublished opinion, the Michigan Court of Appeals vacated Mr. Sherwood’s conviction and sentence ordering a new trial on the allegations that he was unlawfully manufacturing marihuana.  The primary issue was whether the MMA required unregistered patients to present a...

Lockridge is a Game Changer for Sentencing in Michigan 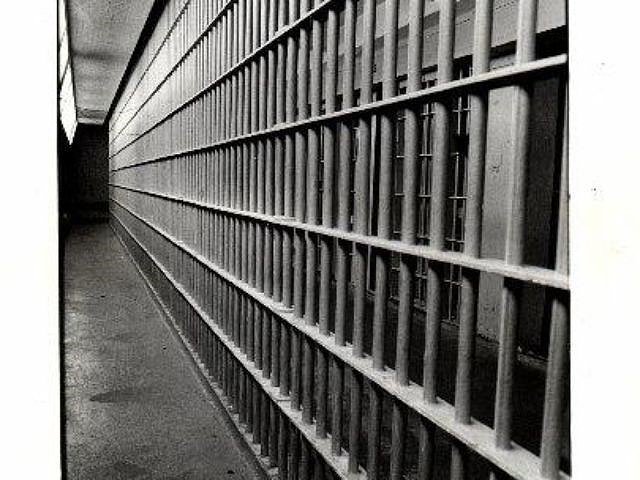 The Michigan Supreme Court has changed the way criminal defendants will be sentenced in a dramatic fashion. As a criminal defense lawyer, I have had the fortune of traveling around the state on a number of criminal cases.  Some are high profile and others are not. Regardless, I knew one thing: if my client was convicted or pled to a felony, seeking a downward departure from the mandatory sentencing guidelines was going to be the primary challenge.  The Michigan sentencing guidelines set...

This past week, Jonathan Hastings resigned from Jackson Public Schools amid allegations that he was engaging in illegal activity with a student who is believed to be 17 years old.  It appears that Mr. Hastings was charged with Using a Computer to Commit a Crime and Promoting or Distributing Child Sexually abusive activity.  It is the latter of the two charges that carries a life changing penalty.  He could face a maximum sentence of 7 years in prison (but, given his lack of...

Transitioning To A Medical Marijuana Facility Licensee? Here’s What You Need To Know
by: Matt Newburg on April 18, 2018 at 10:37 AM EDT

Trial Court Can Consider Motion To Change Child’s Domicile While Appeal Is Pending
by: Matt Newburg on April 10, 2018 at 8:08 AM EDT

Retroactive Application Of Sex Offender Registration Act Violated Defendant’s Due Process Rights
by: Matt Newburg on April 4, 2018 at 9:00 AM EDT

Michigan Supreme Court: Magistrates Can Assess Witness Credibility At Preliminary Exam
by: Matt Newburg on March 28, 2018 at 7:49 AM EDT